History of the Signalbox 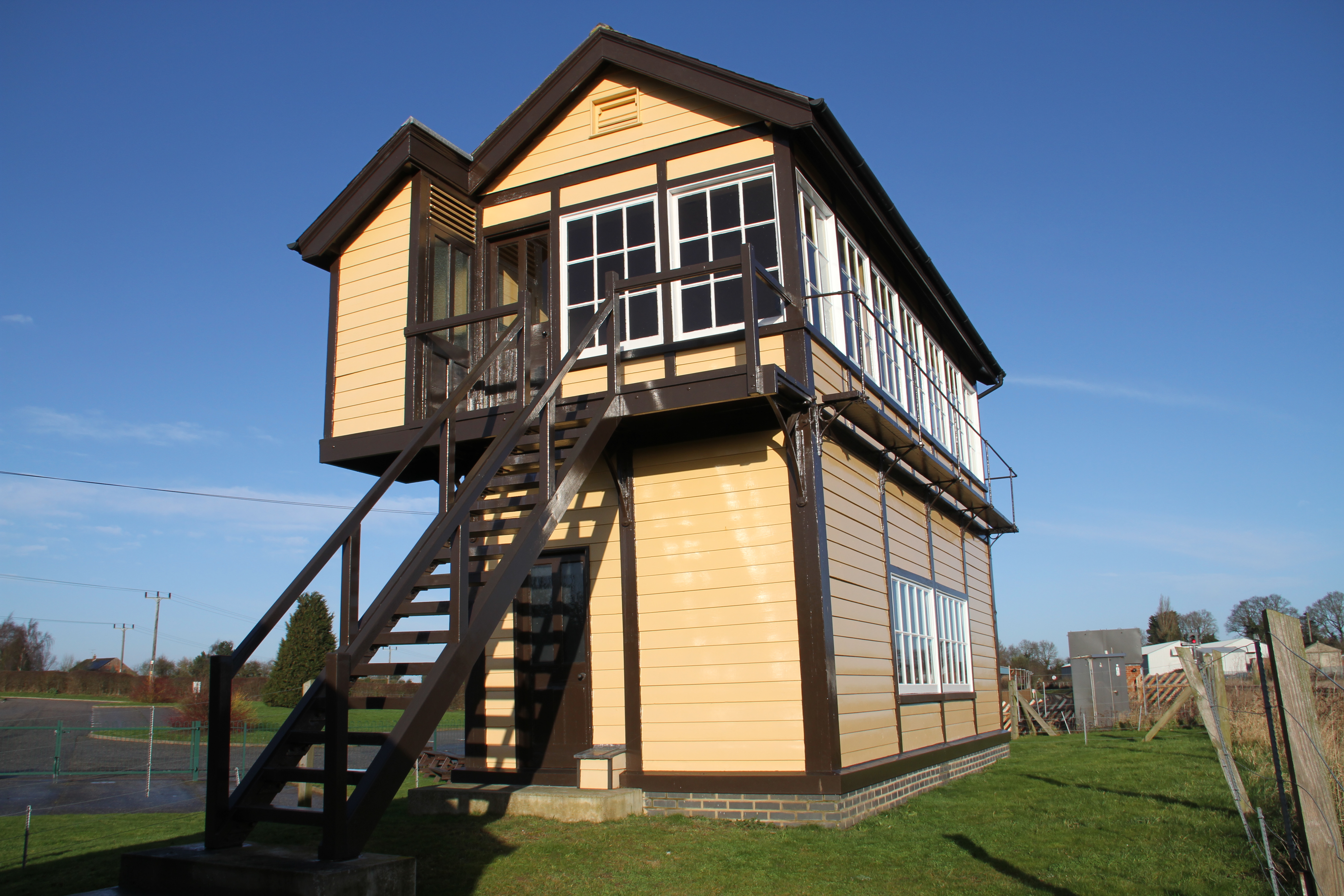 The signalbox was opened in 1900, as Wroxham Station Box, when the line to North Walsham was doubled. It replaced a smaller original box which had been located on the up (Norwich) platform. The box has seen many changes and alterations in its life and we are now restoring the box to its 1900 condition.

The lever frame is the central item of equipment in this traditional mechanical signalbox and controlled all the signals and points in its area of operation. The interlocking mechanism, situated underneath the frame in the locking room, prevented any conflicting movement so it was virtually impossible to clear a signal unless the points were set in the correct position.

McKenzie and Holland, signal engineers, built the box and the 50 lever frame which has the date 1900 cast on one of the ends. It was their latest “cam and tappet” design which, instead of working a rod directly into the interlocking tray, used a cam to reduce the movement of the locking rod to less than 2 inches thus making the complicated interlocking more straight forward.

At the North end of the station a second, 20 lever frame, signalbox was installed known as the Wroxham Yard Box. This controlled the points and some signals at the North end of the yard for shunting purposes only. It was not a block post which meant that it took no part in signalling trains to Aylsham or North Walsham.

rawn showing the entire layout of the station including the yard box and all points and signals. Unfortunately, no lever numbers were given making it very difficult to establish which lever worked a particular point or signal. We have, however, been able to discover the original colour that each lever was painted and have restored the levers to the colours you can see today.

The colours are a code for the operation of each lever:

The earliest numbered diagram that we have dates from the 1950s by which time several alterations had been made, including the closure of the Yard Box in 1919. From this information, we have been able to produce a lever definition for 1950 when 14 levers were spare.

In 1967 the line to North Walsham was singled and a surviving locking plan gives us the lever definition showing 23 spare levers. The line to Aylsham was closed in 1983 and by the time the signalbox finally closed on Sunday 25th June 2000, there were only 10 levers working.

The signalbox is currently configured with the interlocking that was in use in 2000.

Eventually, we hope to re-lock it as it was in 1900 and replace as many missing instruments as we can.  Longer term plans are to have the instruments working and to be able to simulate the passage of trains.